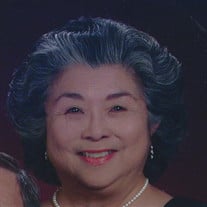 Berenice C. Perry passed away on July 24, 2021, after a long illness. She was born in Panama and intended to become a Catholic nun. That course changed after she met her future husband, William Leslie Perry, on a beach playing volleyball. They were happily married for over 56 years until his passing in 2015. Berenice attended St. Luke’s United Methodist Church (Memphis) where she was active in the Christian Homebuilders Sunday school class and the soup kitchen ministry. She also regularly attended St. Michael’s Catholic Church (Memphis) and later, St. Jude’s Catholic Church (Pearl, MS). Berenice began her career as a translator and banker before finding her niche as an accountant. She obtained her Associates Degree from the State Technical Institute of Memphis, later attained her Certified Public Accountant (CPA) certification, and operated her own private practice for over 30 years. She was active in the Tennessee Association of Public Accountants and was honored to serve as Secretary for several years. She enjoyed working with people and helping small businesses succeed. Many of her colleagues and clients were and continue to be enduring, dear friends. Berenice was preceded in death by her father, Leon Choy; mother, Rubel Harrison; step-father, Earl Harrison; brother, Ronald Choy; and her husband, William Leslie Perry. She leaves behind her daughter, Mary Anne Scott; son, Wesley Perry (Bonnie); grandchildren, Jennifer Sloop (Robert), Krystina Scott, William Perry, Aurene Elizabeth Perry, and Hannah Rosaleigh Perry; and great grandson, Matthew Sloop. Berenice was a Christian of strong faith. She loved her husband and her family dearly. She stood strong for her beliefs, what she knew was right, and her loved ones. She was loving, caring, encouraging, giving, fiercely loyal, driven, smart, outgoing, friendly. She is loved and will continue to be deeply missed. A private funeral service for Berenice C. Perry, 84, will be held at 10:00 AM, Friday, July 30, 2021, at Friendship Funeral Home. A public graveside service will follow at Bellevernon Cemetery, Friendship, Tennessee. Father Richard Cortese will officiate both services. Wesley Perry, John Hodges, Mike Hodges, Bill Rumage, and Robert Sloop will serve as pallbearers. Jim Mitchell and William Perry will serve as honorary pallbearers. Donations in memory of Berenice may be made to either of the following: • Catholic Diocese of Memphis, please designate for either Villa Vianney (Priest retirement) or Seminary Education, www.cdom.org/giving or contact the Office of Development (901) 373-1200 • Memphis Union Mission, www.memphisunionmission.org or call (901) 526-8403

Berenice C. Perry passed away on July 24, 2021, after a long illness. She was born in Panama and intended to become a Catholic nun. That course changed after she met her future husband, William Leslie Perry, on a beach playing volleyball.... View Obituary & Service Information

The family of Berenice C. Perry created this Life Tributes page to make it easy to share your memories.

Send flowers to the Perry family.