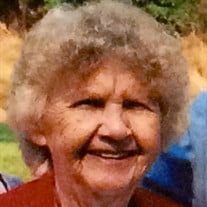 The family of Mrs. Charlotte Estelle Young created this Life Tributes page to make it easy to share your memories.

Graveside services for Mrs. Charlotte E. Young, 91, will be held...

Send flowers to the Young family.