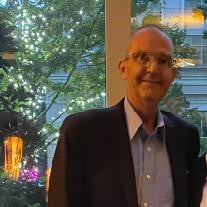 Michael Jeffery LaFont, 52, passed away on Friday Jan. 8, 2021 at his residence after a lengthy illness. He was born in Ada, Oklahoma and had lived in Madison County, TN most of his life. He was educated at St. Mary's Catholic school and received... View Obituary & Service Information

The family of Michael Jeffery LaFont created this Life Tributes page to make it easy to share your memories.

Send flowers to the LaFont family.