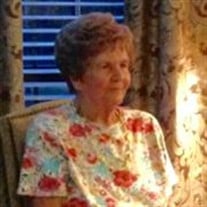 Funeral services for Nettie Melvinia Ange, 89, will be held Wednesday December 16, 2015 at 11:00 A. M. at the Friendship Funeral Home with Dr. Jerry Drace officiating with burial following in the Bellevernon Cemetery. Mrs. Ange the widow of... View Obituary & Service Information

The family of Mrs. Nettie Melvinia Ange created this Life Tributes page to make it easy to share your memories.

Funeral services for Nettie Melvinia Ange, 89, will be held Wednesday...

Send flowers to the Ange family.